This comeback was announced a mere 7 days ago . . . and boy did SM pull through and deliver! It's got all the key factors you could want from a comeback MV. The music rocks, the visuals are amazing, and the dancing is spot on. I honestly had nothing to bitch about . . . and usually I can find something on the first viewing--but I'll get to that later.

Before we get any further . . . watch the video for yourself

Before I start talking about what my thoughts are regarding the Video and the Song . . . I don't think I can stress enough how happy it makes me that SM Entertainment is actually letting Henry's talent to shine. They really lucked out by picking him up. You doubt me?!?!? Have you seen what this man is capable of? He sings, he dances, he plays the violin (excellently) as well as the piano (also excellently) and can speak 7 languages--feel like you've failed in life yet? . . . yeah me too

Wanna see an accurate representation on my emotions while I watched this for the first time.

This video was practically perfect in every way--only a few "huh?" moments, which is rare in an SM video.
I liked that the video was able to show off Henry's acting skills . . . honestly not many people could pull off having glowing tubes just hanging from their backs like Henry does (first huh moment right here folks). But I also liked that Henry and SM Entertainment used SMROOKIES' SEUL GI as our mysterious lady/violin (that's right folks, Henry's violin turns into the girl from start of the MV--why I don't know)

The fact that SM Entertainment is trying their best to not keep Henry inside the boxes of doom that they seem to favor placing their artists in is not lost on me. This time (as well as in his other MVs) Henry is placed in very well thought out rooms. 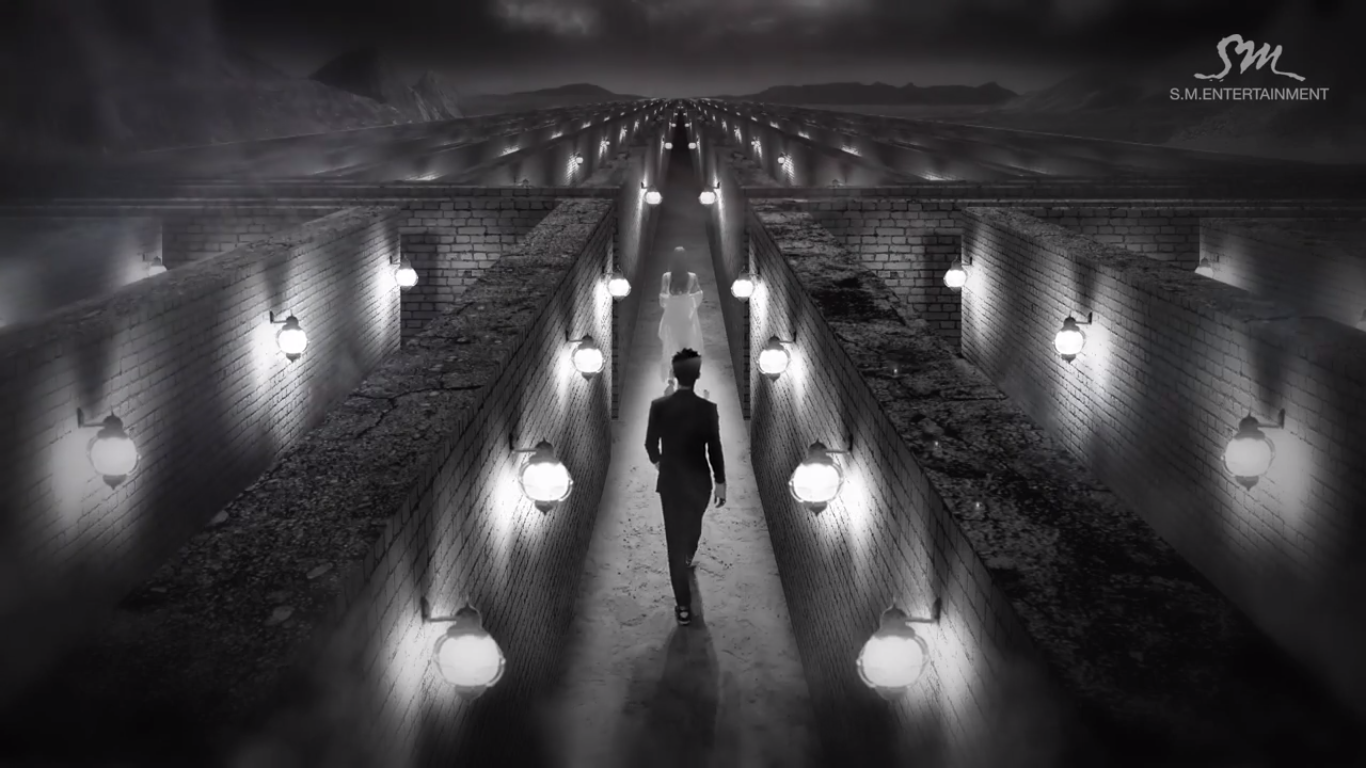 Ok fine . . . it's a tad bit cliche but at least its visually pleasing 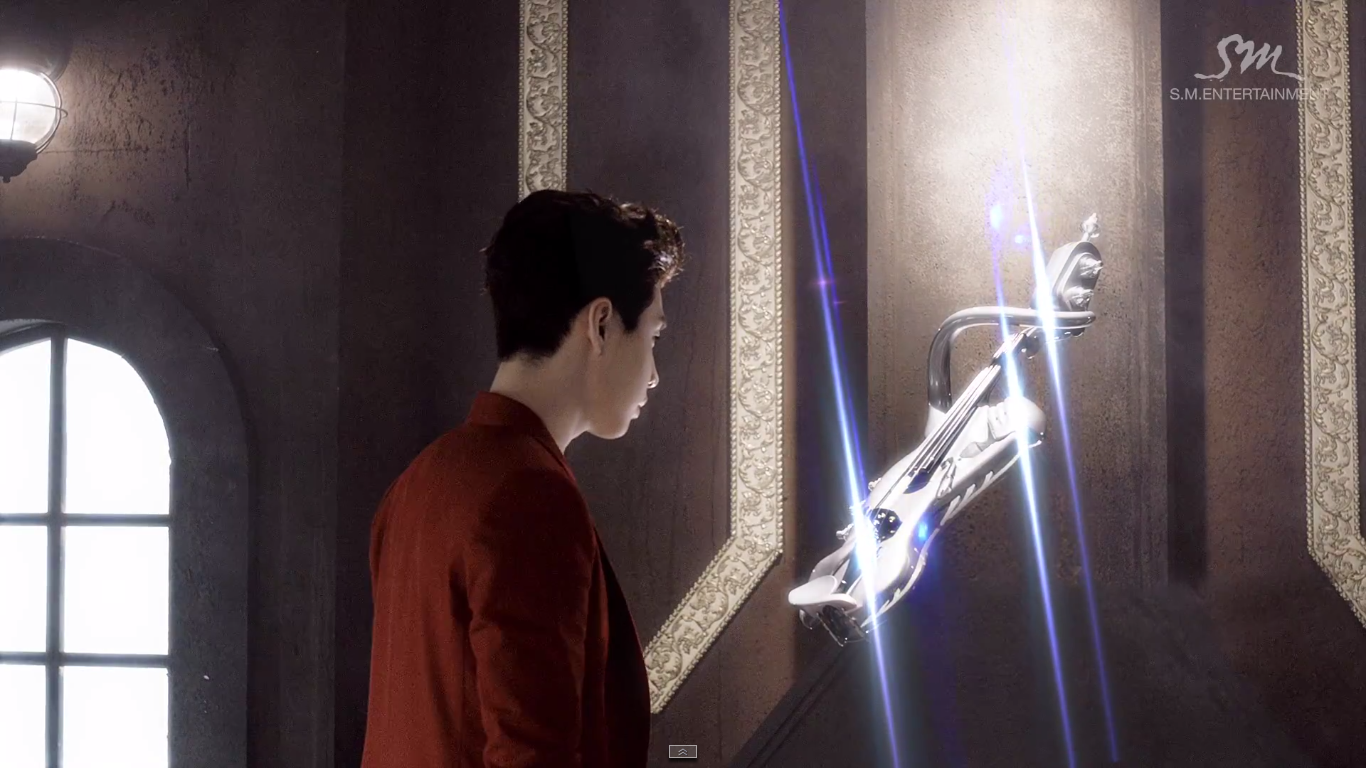 I dare you to find me one that's better


This violin is a little weird though . . . as soon as he picks it up he's suddenly attached to a bunch of weird glowing tubes 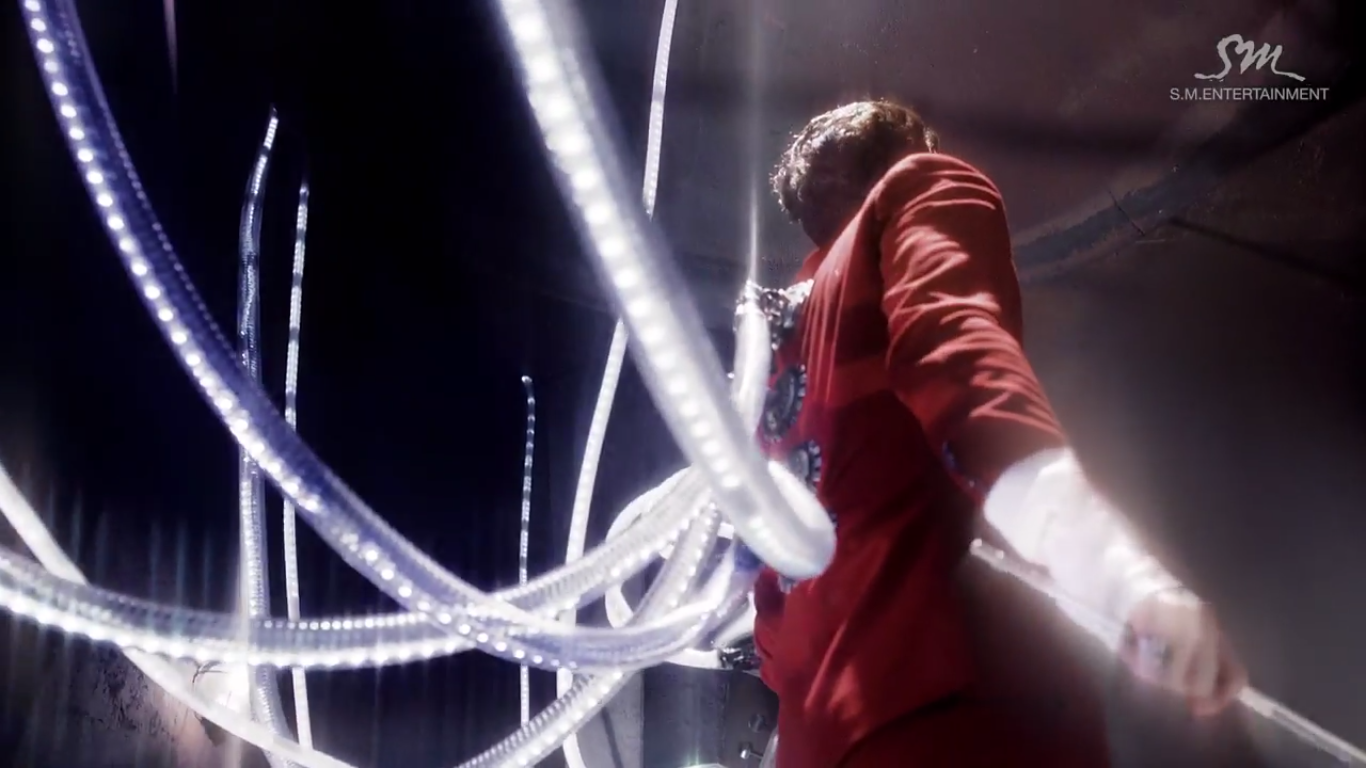 These tubes seem to serve no purpose what so freaking ever

Now . . . for the remainder of the video we are only able see him in two other large rooms 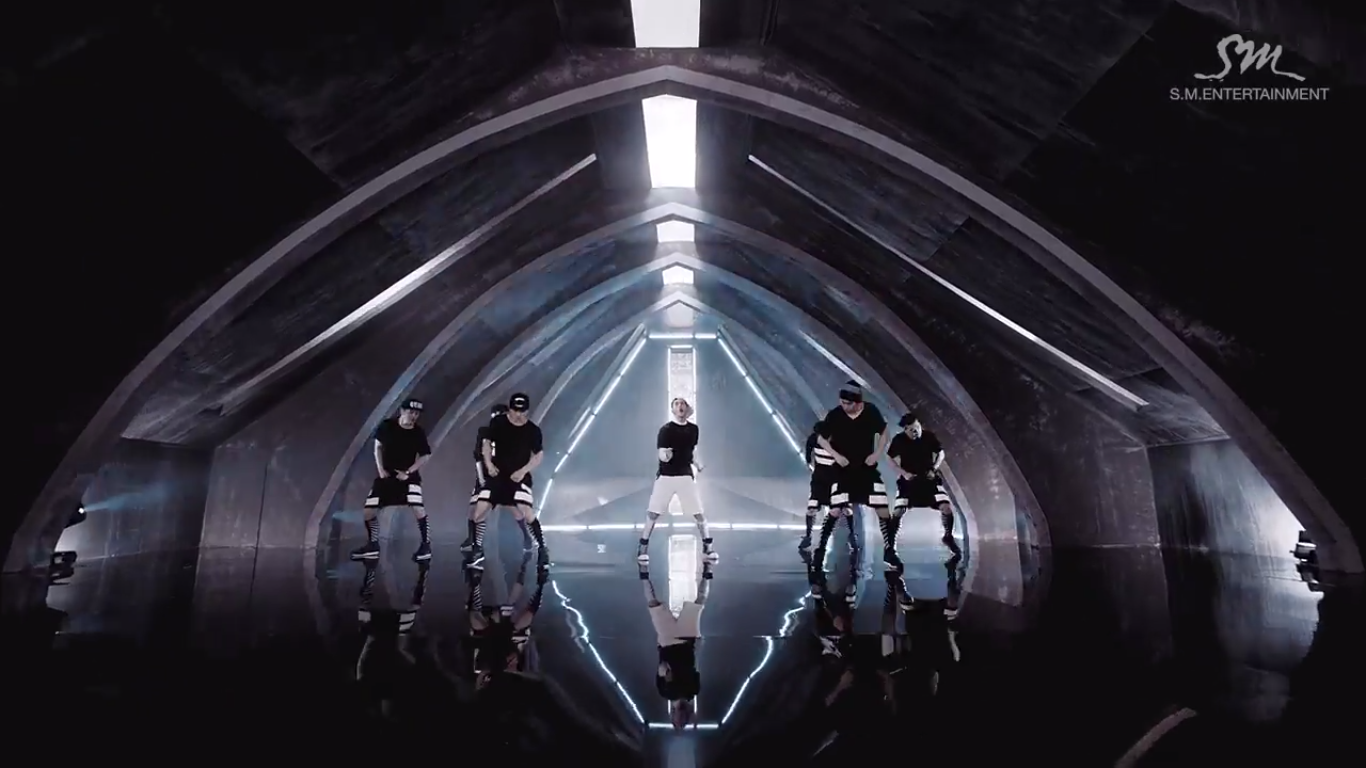 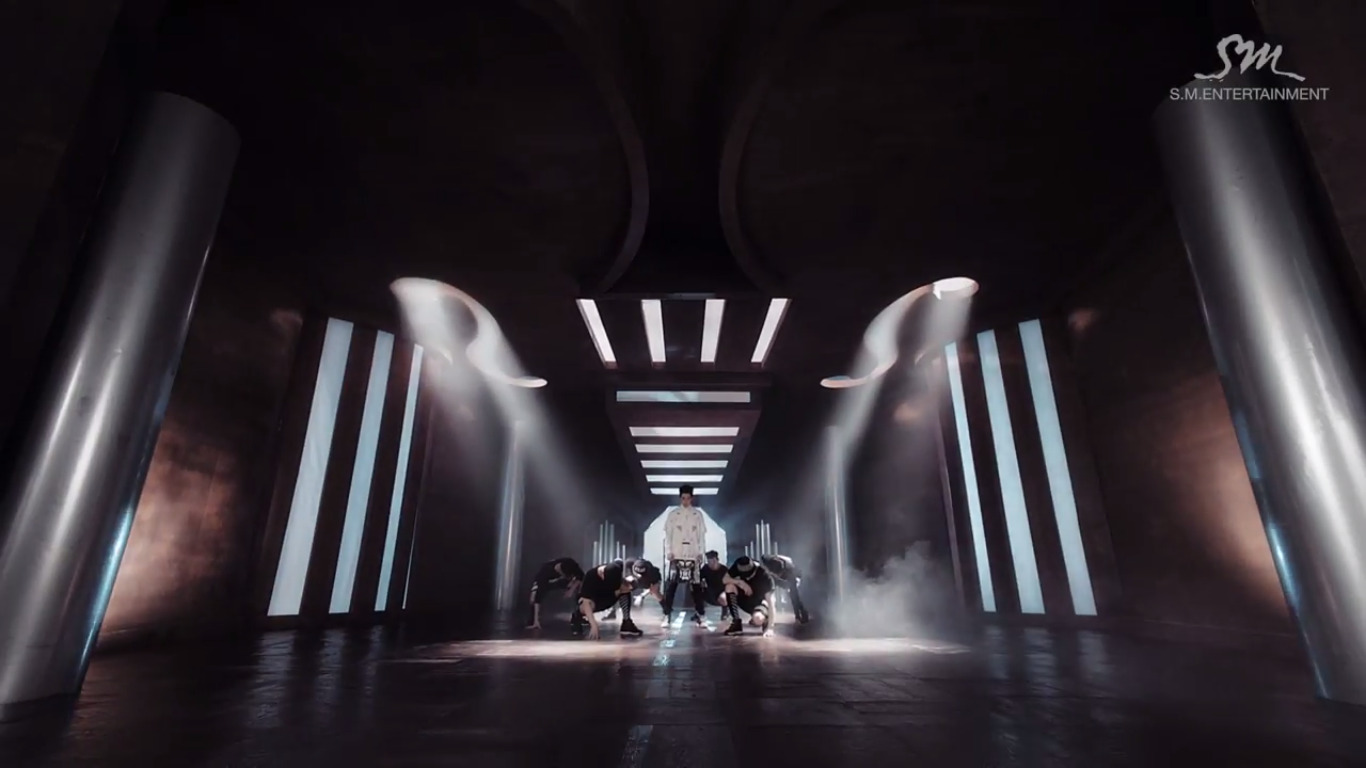 And while I don't see anything special about room number one, the second room certainly has a hidden theme in the overall design to it . . . don't see it? If you look carefully you will notice that that the ceiling has been made to look like a violin. I give brilliant marks to whoever designed that room. I almost didn't even notice it . . . actually I hadn't noticed it until my second time watching.

And to top everything off the dancing is SPOT on with the beats of the song, my favorite sections would have to be during the 1:50 & 3:40 sections of the video. Both are timed exceptionally well to stay in time with the violin/beats.

Not much to say about this song other than . . . I love it! The fusion of a classical violin with Kpop was mixed in seamlessly, and the chorus is very easy to sing along with as well as super catchy (which is a plus). Honestly Henry's music just makes me happy, and this track is no different. I've had the video on repeat in the background the entire time I've been working on this blog post and I can't see myself getting annoyed with the song anytime soon. Honestly I believe this is because of the violin presence throughout the entire song. Adding a violin like this to a song could result in some pretty atrocious stuff, thankfully Henry knows what he's doing and is able to make everything sound excellent.

I give this Music Video and Song

Henry has proven . . . yet again, that he is more than capable of  ripping out our hearts and giving them an overdose of feels.

How did you like the music video? Did you love it? or were you one of the few who hated everything about it? Let me know in the comments below, I'd love to hear either way ^-^
classical dancing Fantastic Henry Lau Kpop Music Video Review SEUL GI SM SM Entertainment SMROOKIES Violin 헨리