Fall in Love with Me: Episode 4 [Recap]


How did everyone fare on last weeks roller coaster of sappy feels . . . did everyone make it out in one piece?
Well . . . hopefully you all still have some feels left in your reserves because this week is turning out to be a doosie.

Well . . . you heard the announcement, steady your fan-girl(boy) hearts readers as we begin this weeks episode. 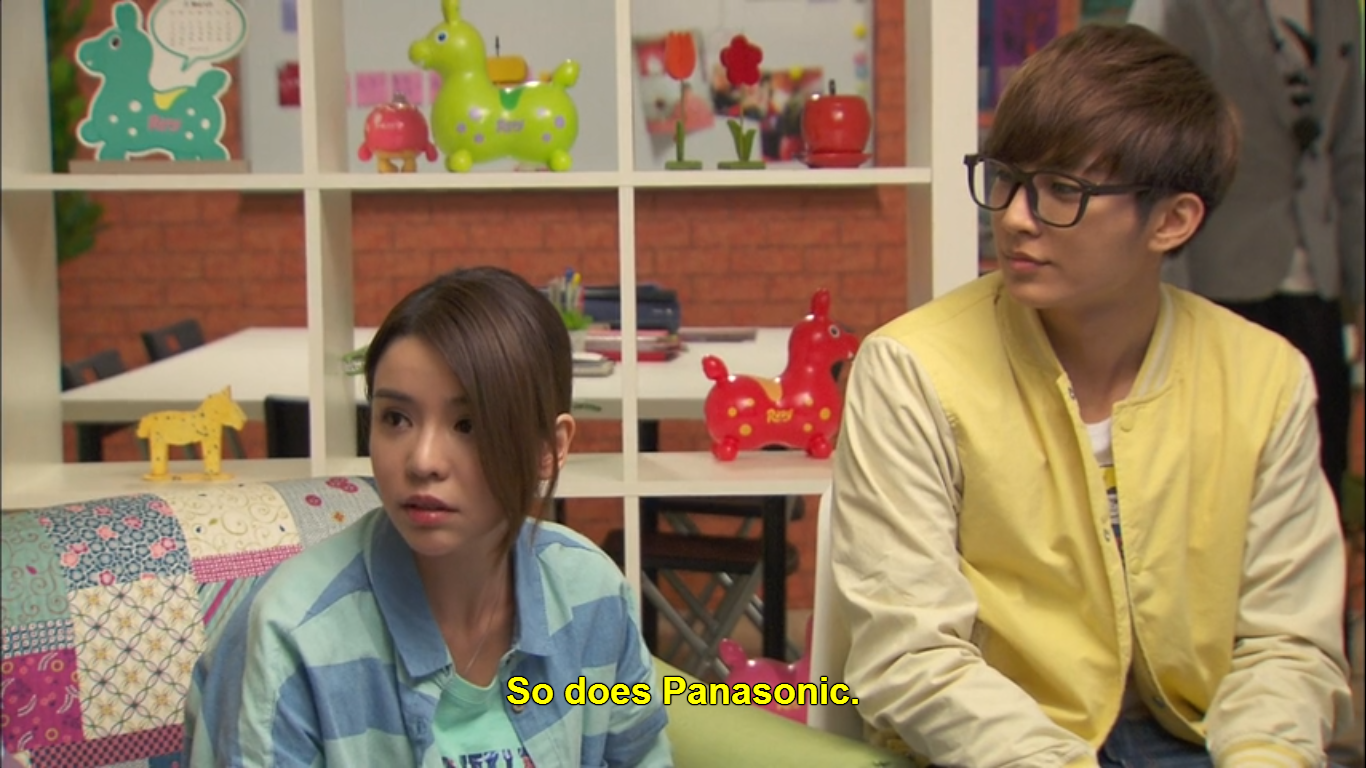 Firnlambe: Whoa . . . that's some pretty big corporation names there. Hopefully a small company like OZ can live up to their standards.

Aunnie: Yeah, I as totally expecting it to be bad news . . . why does everyone look like their mother just died when they get shocking news? For once, I just want them to smile when they get great, unexpected news. These scenes shouldn't even be allowed as cliffhangers.

Wendilynn:  You don't expect those names when you're a po'dunk little ad agency.  Shock is a good response to that sort of news. 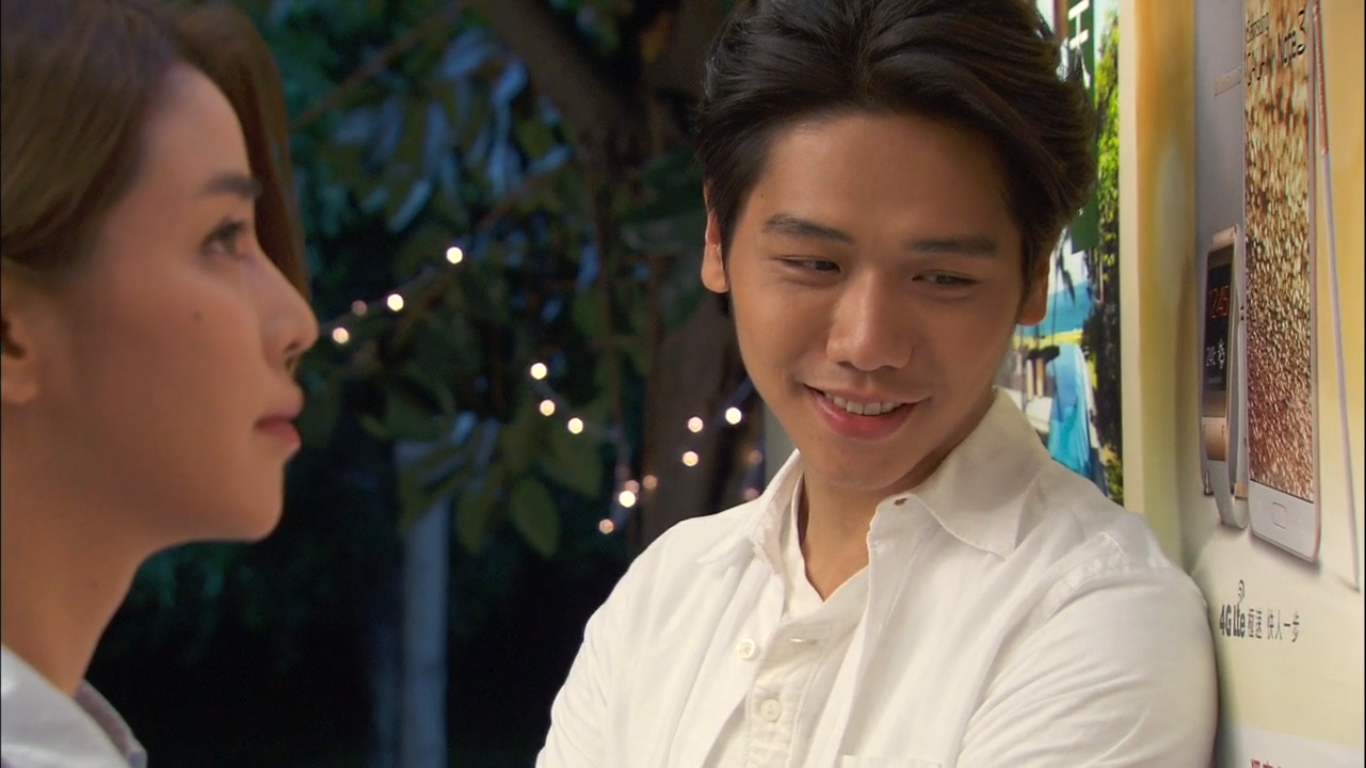 Firnlambe: YAY another brother scene ^-^ I really do like these scenes, it draws out how important OZ really is to Le Si.

Wendilynn: Amen. I love the warmth of big brother. You just know that a big hug from him will make the day all better. 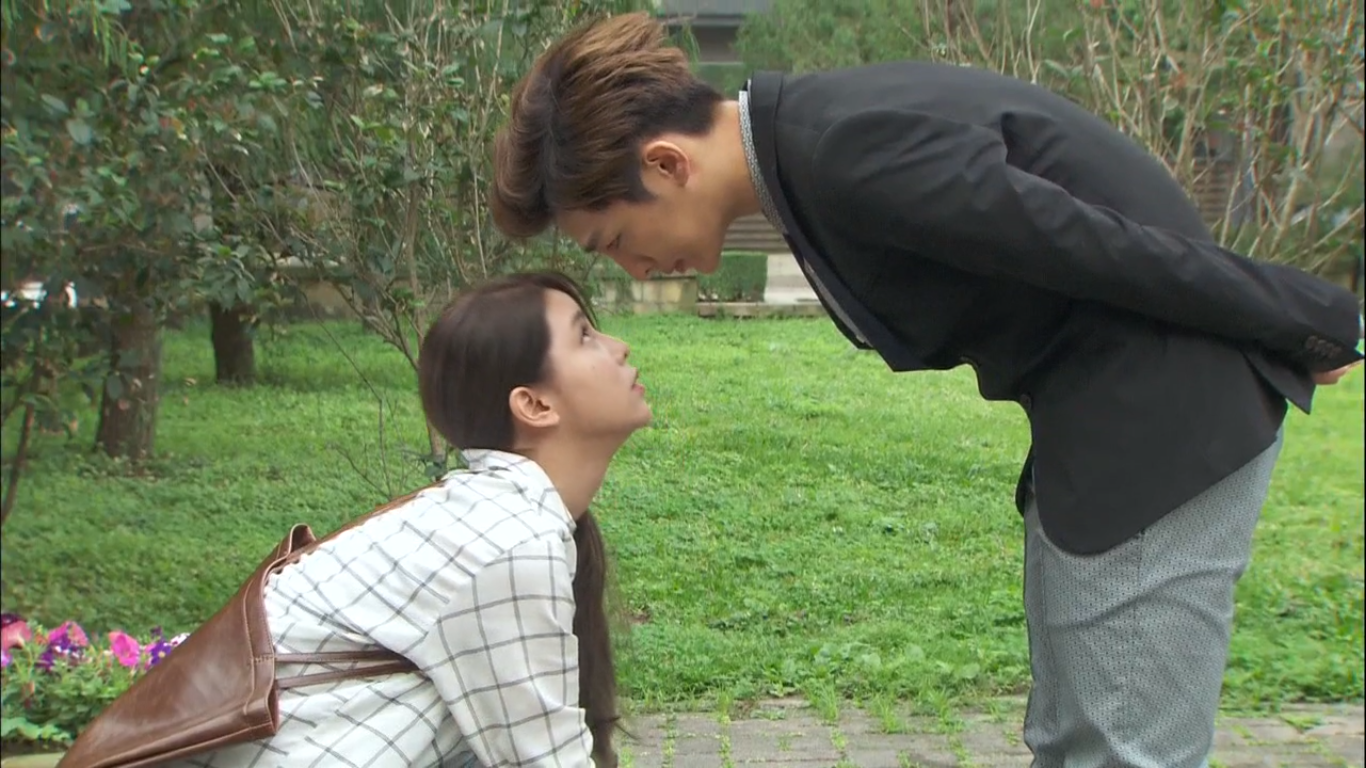 Firnlambe: Ting Xing likes to get all up in Le Si's face doesn't he? . . . I do really enjoy the fact that he keeps injuring himself by getting so close all the time though. I'm not entirely sure why though . . . hmmmmm

Aunnie: He has no idea what "personal space" is . . . and if he does, I'm assuming he likes to make a habit of violating it as much as possible. Not that anyone minds when Aaron Yan violates their personal bubble . . .

Wendilynn: He has a major crush on her and I think he has fun using the intimidating tactics that his "snob" character allows him to get away with. We know that he's really a warm and caring sort of guy, but when we get these type of electric current scenes, I can't help but feel my heart beat faster and my breath get short. Aaron is one seriously gorgeous man. 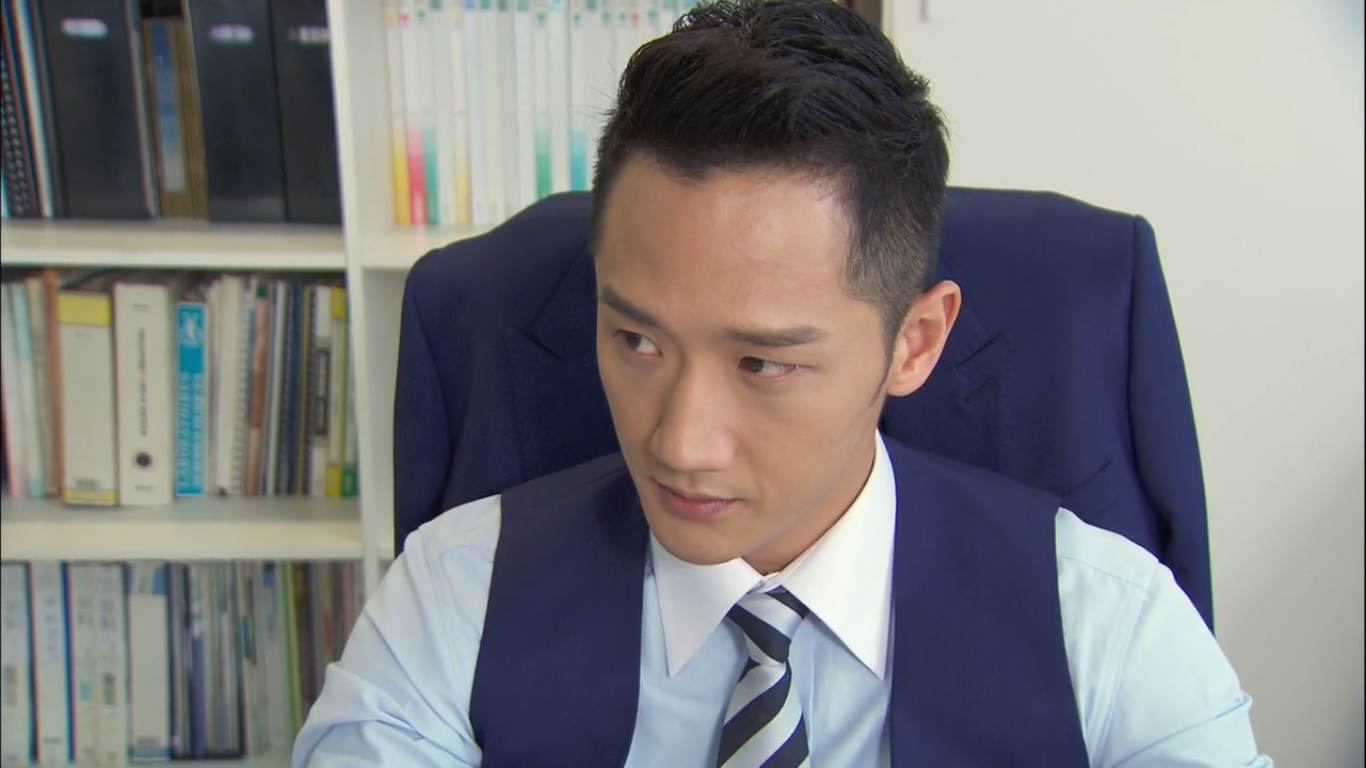 Firnlambe: Let the Plotting begin!! Wendilynn, I think you nailed it when you mentioned he would plot a takeover. It must have reeeally hurt his pride when a small company like OZ was able to produce such a "great" advertisement, and only with the small budget they were gonna overlook.

Aunnie: You can quite literally see the evil seeping from his pores in this scene. Why are bad guys always so obvious? Doesn't that defeat the point of being an evil mastermind?

Wendilynn: Greed has taken over Lance. And I like knowing who the bad guy is. Unlike other dramas who give you a killer and then don't give you any clues to their identity for half the series. *cough* angel eyes *cough* 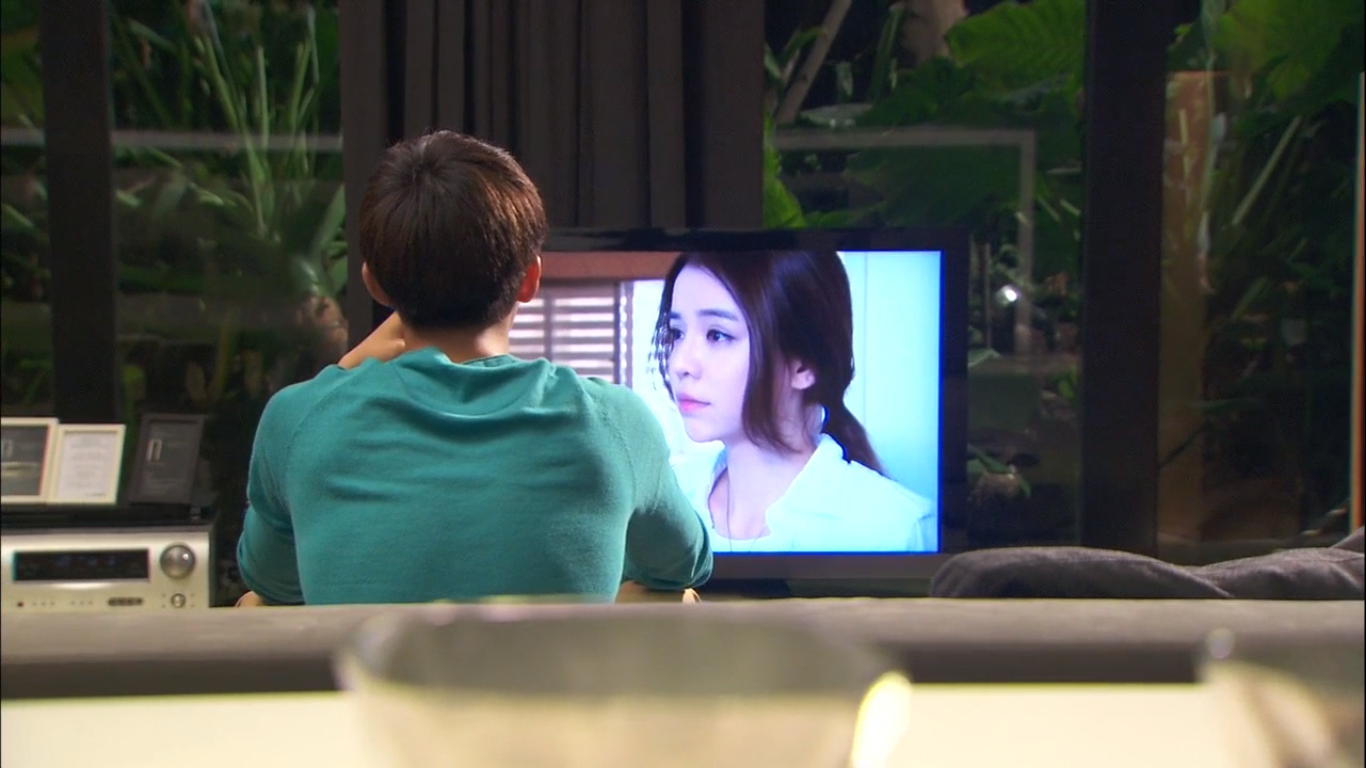 Aunnie: Cause this doesn't indicate that you like her AT ALL....I guess, he's not really in denial but still...nothing says "I Like You" like watching your crush on a big screen TV.

Firnlambe: So . . . so far gone. If looking at secretly filmed video didn't give the attraction away, the fact that he stole the camera he used to secretly film should say volumes. Seriously . . . its just chilling there on the coffee table like it belongs there lol but I think one of my favorite parts about Tian Xing's slow realization that he loves Le Si, is that Uncle Fu keeps giving him these sly glances that say "I know you something you don't know" 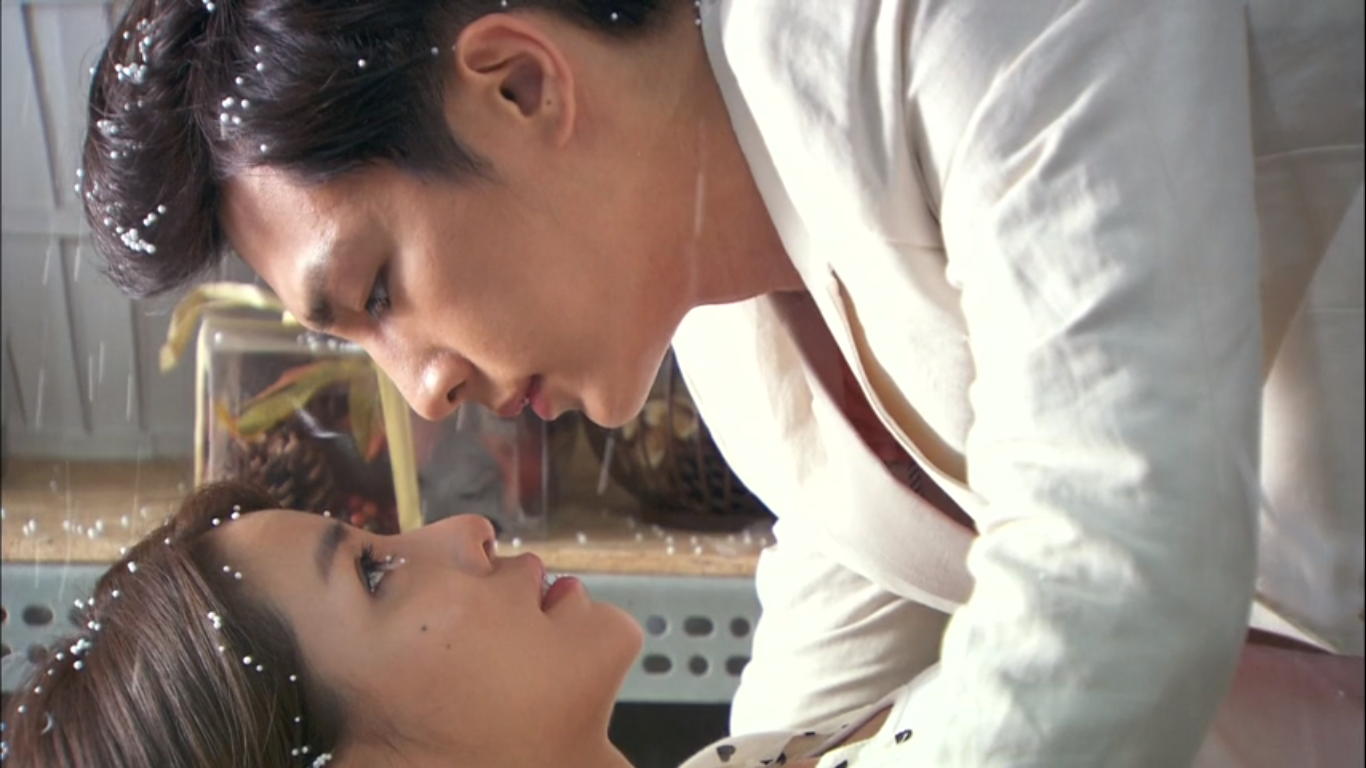 Firnlambe: Oh you all knew this was gonna happen as soon as they got locked in together. And while predictable, it was still super awesome. Although, while the steamy tension between them was great, the angel-ish type feathers and slo-mo was a bit over the top for me.

Aunnie: *Yawn* is it over yet? I like the relationship between these two and how it's growing but this "I tripped and must drag everyone around me down with me" is a cliche I'm okay with never seeing again.

Wendilynn: I like this type of sexual tension building. One of the things I love about Asian dramas is they draw the sexual tension out over a long period of time. Its delicious and frustrating all at once. And hey . . . staring dreamily into Aaron's face . . . I can do that. lol 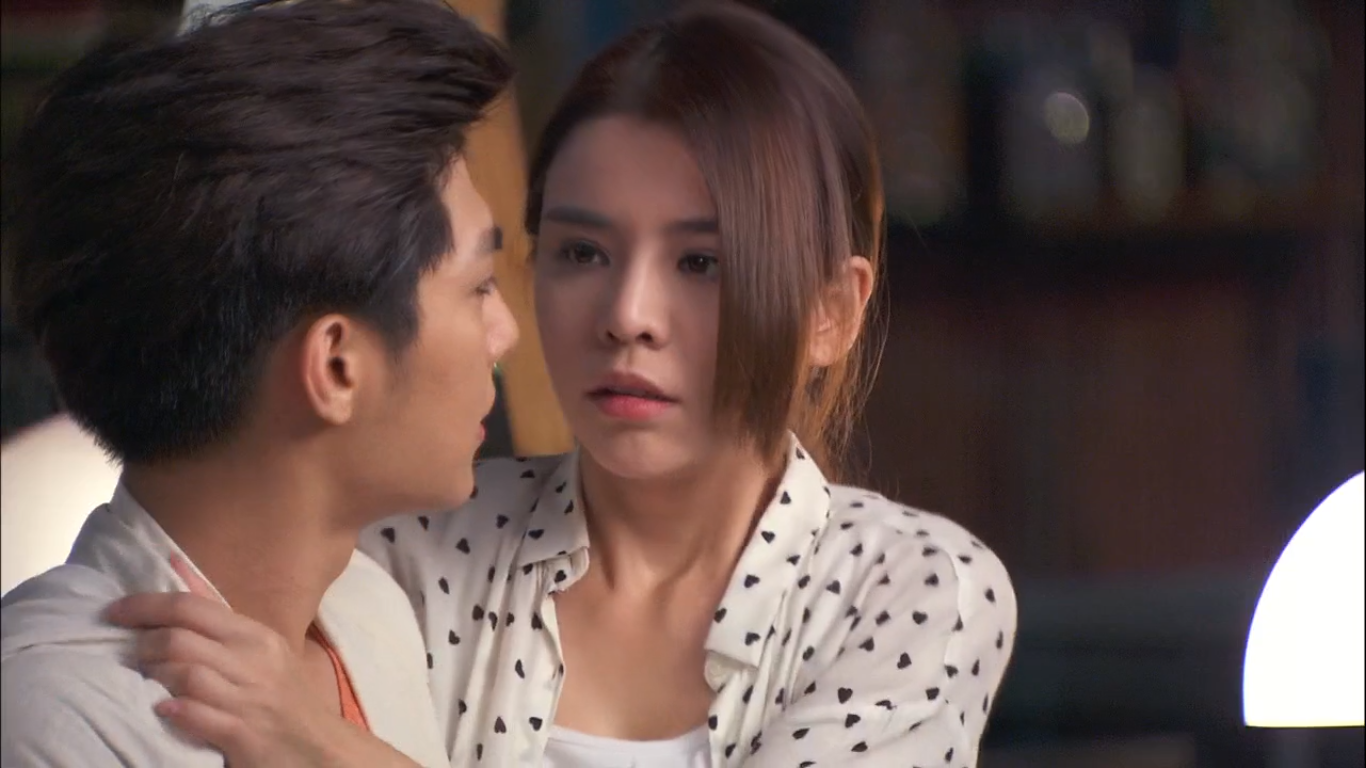 Firnlambe: HA! Tian Xing lying about there being more mice was adorable!! It really is a lot of fun to watch him figure out all the fun ways that he can tease her with.

Aunnie: And another scene I could do without--not so much because it's cliche but mostly because I feel like her "I can do anything and I don't need anyone" attitude would never allow for her to be freaked out over a mouse. However . . . I'd use any excuse to jump into his arms too, so I can't fault her for her choice of arms.

Wendilynn: I had fun with this scene. I loved the little smiles he was showing as he played up the fake mouse to keep her in his arms. 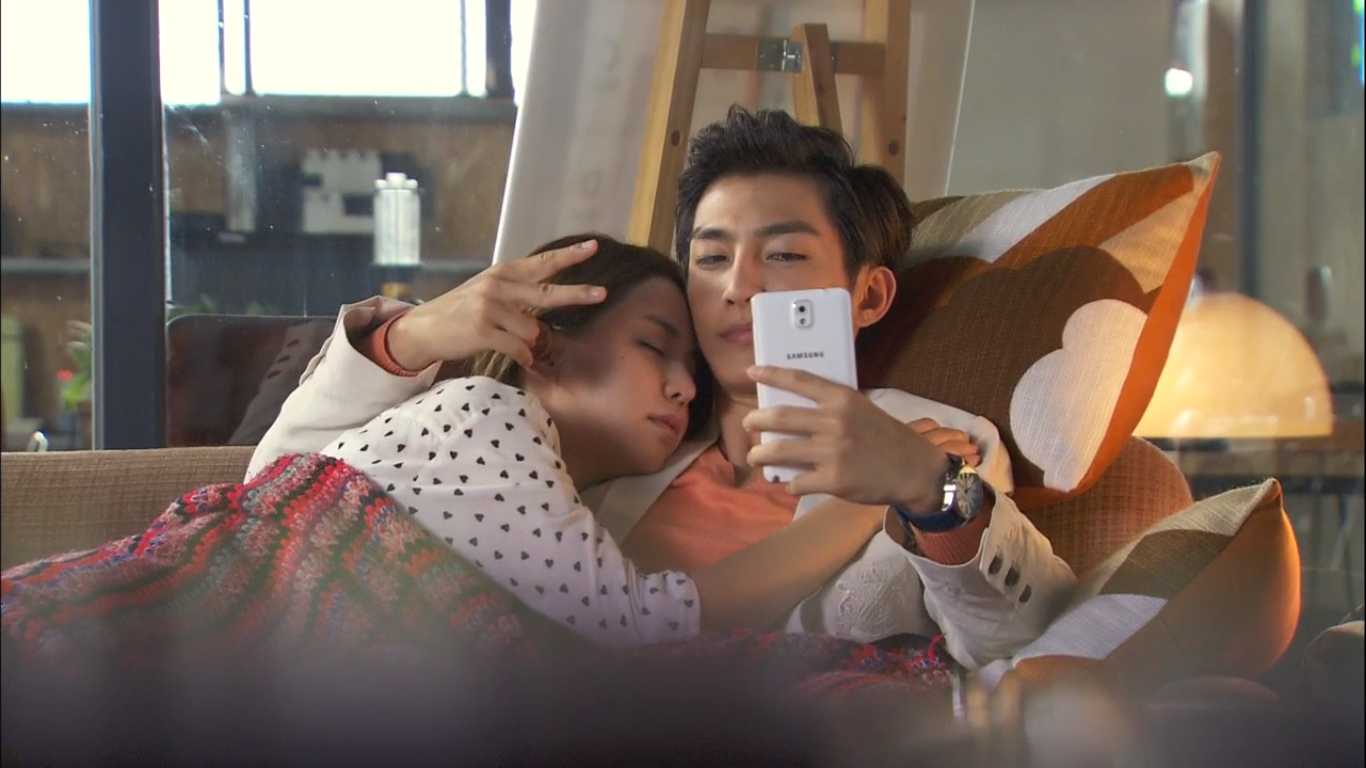 Firnlambe: Not only did Tian Xing merit this worthy of a quick selca . . . . the way he pretended to be asleep directly afterwards, so as not to get caught, was the best!! I wouldn't mind waking up to a sleeping Aaron at all . . . . . just saying.

Aunnie: Bwahahaha! Loved it. Absolutely loved it. This picture, I'm hoping, is going to come back and haunt her. 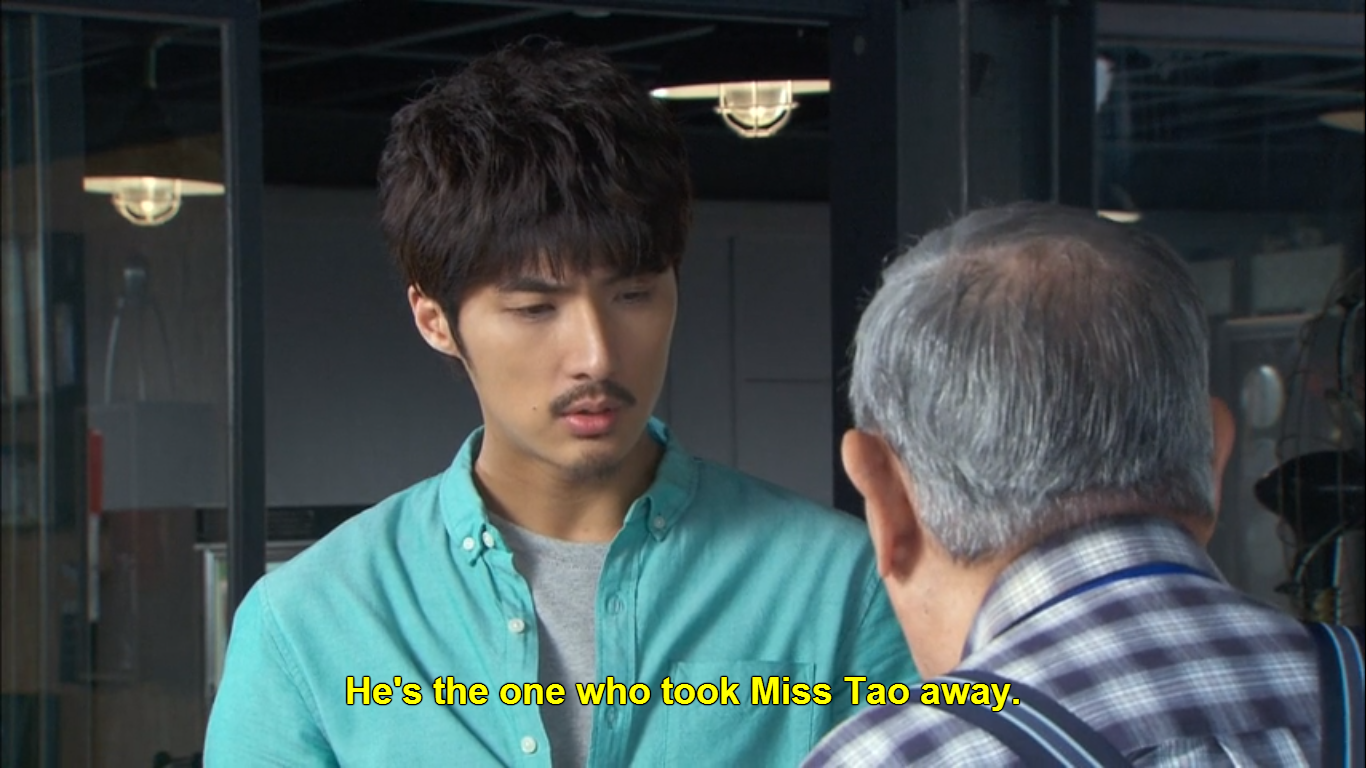 Firnlambe: This scene was bitter-sweet for me. I can't decide if I wanna feel sorry for Leo, or if I just don't care anymore . . . for a second lead, he's had MORE than enough time with Le Si before Tian Xing was thrown into their lives. So this whole woe-is-me bit is getting a little old.

Aunnie: Oh, poor Leo . . . you were just a few minutes too late . . . I do feel bad for him though. He was up all night looking for her only to find out his greatest enemy "saved" her. That's gotta be hard on the heart. 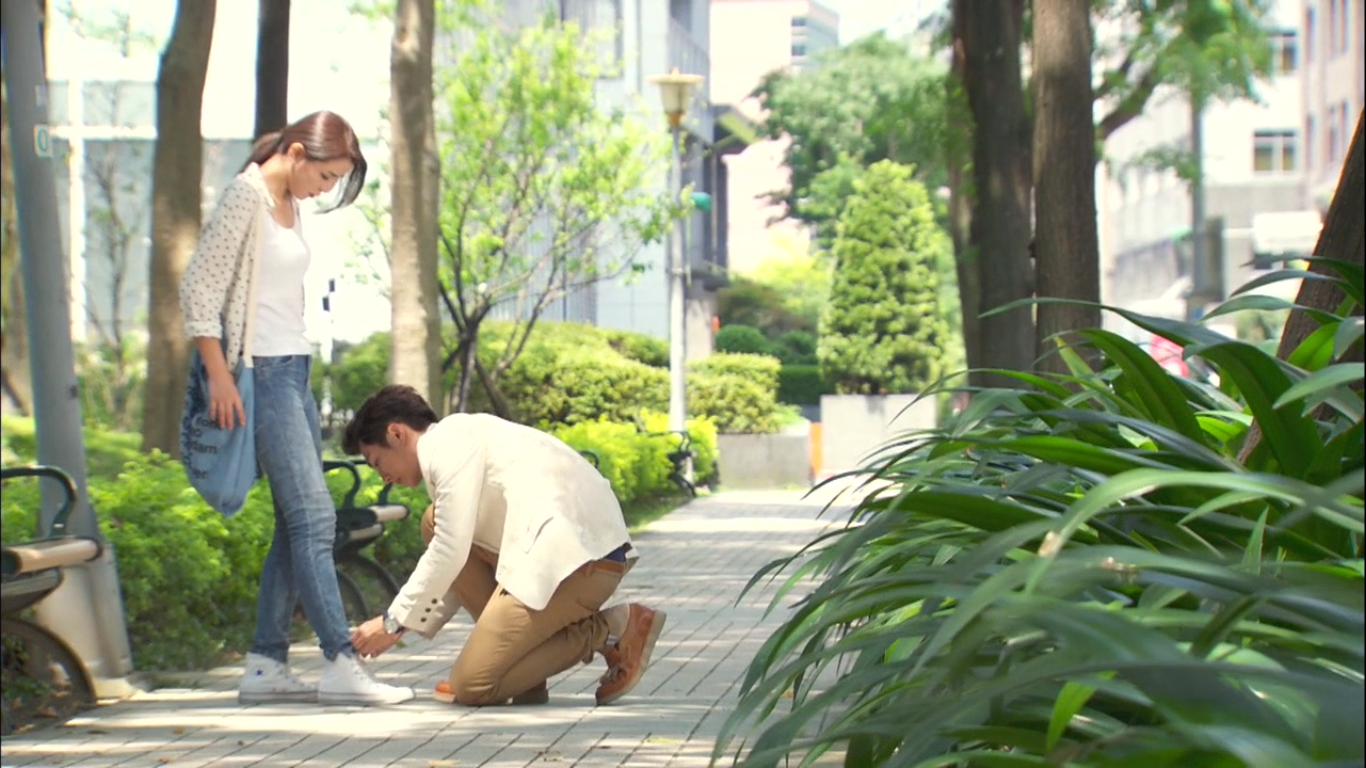 Aunnie: Woman . . . just buy lace-free shoes from now on . . . or don't, since apparently stunningly gorgeous men like to drop to their knees instantly and tie your shoes for you. I'm betting she draws a connection at the beginning of next episode.

Wendilynn: I cry foul. when my shoes come untied, no drop dead gorgeous men fall to my feet.

Firnlambe: *sigh*. . . Just . . . *sigh* How she manages to have gorgeous men fix her untied shoe laces so often has got to be some form of witchcraft.

Another week down and our two leads are finally starting to spend more time together . . . of course they were locked in a creepy warehouse but what's not romantic about scary masks, mice and starvation when you're doing it with someone as good looking at Tian Xing? Just what does the evil mastermind have in store for OZ and just how far can Tian Xing keep pretending to be Xiao Lu? I guess we'll have to turn back in next week and find out . . .


Want more from our makeshift Fall in Love with Me​​ Drama Club? Check out our individual blogs or get in touch with us via Twitter!