Fall in Love with Me: Episode 1 [Recap]

By Unknown - April 15, 2014
Greetings!! And welcome to my personal Drama Club with Aunnie for Fall in Love with Me ^-^ Over the next 30 episodes. . . that's right, I said 30 episodes . . . . I hope you'll have fun watching our leading lady, Tao Le Si, attempt to figure out who's really who, in this hilarious Taiwanese romantic comedy drama. And if she's as smart as she appears to be, it won't take her too long...

I'm calling this my personal Drama Club because, unfortunately, It looks like the real Drama Club over at Drama Fever (link above to series) will have to cancel due to member issues.


Aunnie: All things considered, it could be worse...I mean, it could have been paint. However, I like that although he was upset about the chalk, it was more "inconvenient" for him rather than being upsetting for him--he's not an angry male lead. T'is a good start.

Firnlambe: So true. Paint would have been much, much worse. I've noticed that Aaron's characters tend to be easy going, even with the haughty attitude they tend to have. I really liked the scene in the "love hotel" where she was like "Do you wanna see me naked?" and he was a perfect, yet haughty, gentleman about it. Claiming he didn't want to take advantage of her. Plus, lets be serious . . . he just looks adorable, particularly with that cloud of pink chalk that was surrounding him.

Aunnie: He is the kind of guy that would be adorable even if he was playing the most evil character ever...I blame the eyes.

Aunnie: Hey look, it's Skeletor's younger brother...wait...actually, I'm learning this little guy's somewhat freaky appearance is nothing compared to how awesome he is. He's like Santa's little helper...you know...if Santa was a hot, Asian, big-eyed, full-mouthed--ok, gotta stop...but ah, yeah...Aaron Yan can come down my chimney any time.

Firnlambe: So right off the bat this character, Fu Bo, had me smiling from ear to ear. His entrance was seamless and it was funny, he takes dinner orders on the fly. And yet, it was never once done over the top. But I've also learned that this man (Chen Bo Zheng) is awesome in almost all the roles I've seen him in, I first saw him in Extravagant Challenge (where he was hilarious) and then most recently in Just You. So I was super excited to see that he has a decent sized support role in this series as well.

Firnlambe: I'm glad they went this direction with her, if she was only scripted to be all super sweet and "oh woe is me!!! my husband has a boo-boo *hand to the forehead in fainting mode* " I was gonna be upset. Those characters drive me bonkers.

Aunnie: This woman just went to kissing her husband's boo-boo (a paper cut, I might add) to full-on, "I'll cut you" in a minute flat. Gotta say, I appreciate this kind of Drama-Mama.
Firnlambe: This was cute, but If I was trying to be stealthy I wouldn't be up in everybody's faces like that. Kinda defeats the purpose of being incognito doesn't it. I'm also starting to worry about Aaron Yan's coordinator for this series, he/she really likes to put him in some bizarre outfits o.O

Aunnie: He's like a little boy seeing the world for he first time. It never ceases to surprise me just how different a face (particularly an Asian face) can change when hair is up, off the forehead versus hair being down across the forehead. Either way, Aaron Yan is epically in handsome in both styles. I've also grown accustomed to weird outfits, ALTHOUGH those socks...don't match....at all....

Firnlambe: This situation, while expected, will only bring our characters pain and heartache later on down the road when everything is exposed.

Aunnie: Too right. If Kdramas have taught me anything, it's that you should never 1) Withhold information and 2) Fool the opposite lead; it never bodes well in the beginning of the big reveal. However, she doesn't strike me as a "slapper" so at least his face will be okay.....maybe.....

Firnlambe: This man is hysterical. Who else but the plucky side kick would walk up to a woman . . . notice that she's taller than him, then go up on their tippy toes just to make a point. Then proceed to walk away whilst still being on your toes. I do believe I sense a romantic threat to the adorable supporting cast office romance.

Aunnie: Really? Hmm...it's completely within the realm of possibility that a romantic relationship can start but I didn't pick up on that just yet however it is only the first episode. But I agree with you, this man...is pretty hilarious. I particularly love the part when he dresses up like an old lady and play acts in front of a board of commissioners!

Firnlambe: I literally could not look at the screen for this. I was just plain awkward, way to awkward for me! And this was accepted as their bid for the advertisement?

Aunnie: Uhh...yeah...I had to remind myself it was a T-Drama because no way on EARTH would this proposal make it through the bidding process in real life. I mean, it was charming and entertaining in a very "We tried really, really hard" kind of way but once again, I remind myself...it's a T-Drama....

Firnlambe: Well the play certainly did make them stand out more. That's for sure. and lets admit it, It was super cute when Lu Tian Xing had this smug look on his face towards Lance over how things panned out.

Aunnie: It was this scene in particular that really made me appreciate the male lead as an actor and not just an incredibly, amazing face. The sly, knowing looks he gives the other time while still flawlessly pulling off the hot shot CEO was particularly endearing as an actor.

Aunnie: So..how did this happen? I"m sorry, I don't care how tired/drunk you are, this type of thing doesn't just happen! And if it does...then I'm definitely doing something wrong when I drink, plain and simple. Gotta give her props tho, if you were going to fall asleep on top of someone, he's a good choice.

Firnlambe: I give him props for not tweaking the eff out when he woke up. There was no screaming, no anything...it was a nice change of pace. 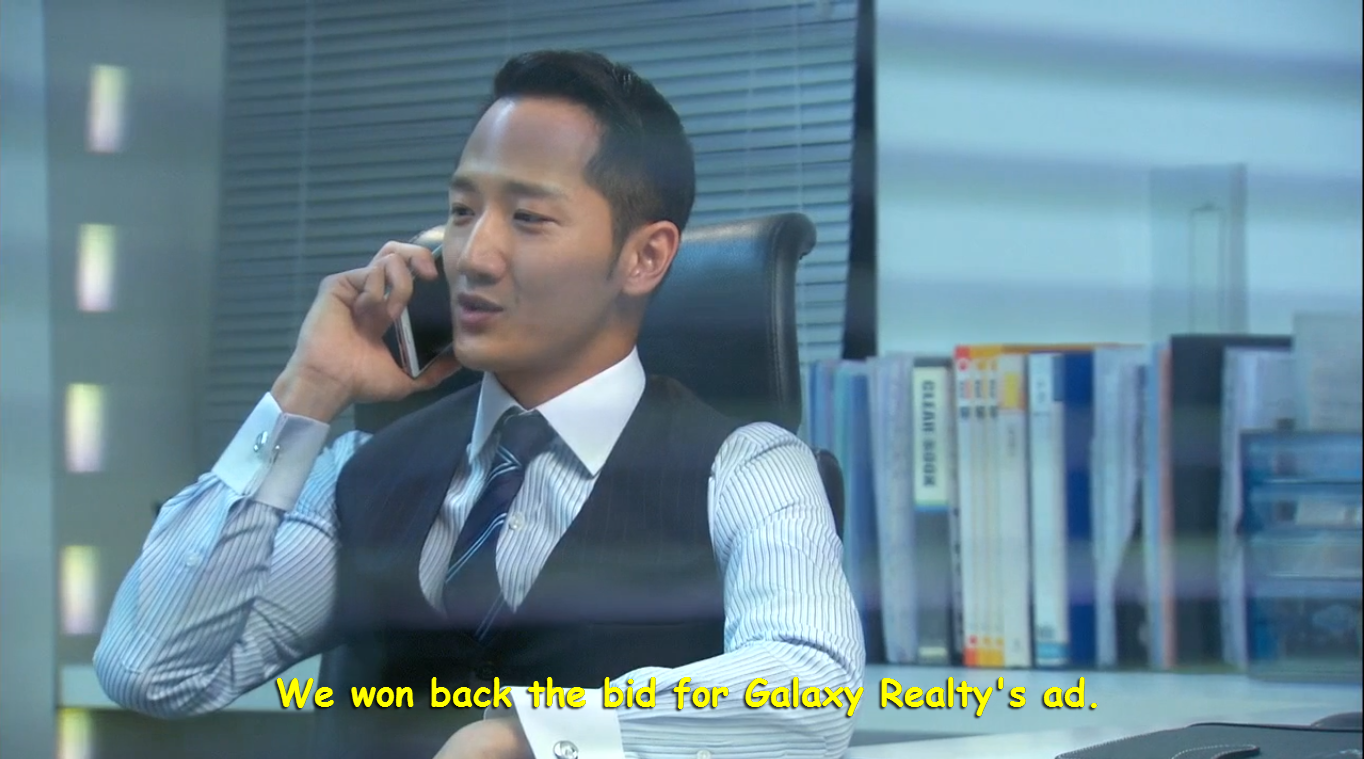 Firnlambe: Well shit, this wont end well . . . this was particularly low of Lance. I'm curious as to how Tian Xing will talk his way outta this one. Le Si is probably not the most forgiving person, if she's anything like her mother she'll use force first and ask questions later

Aunnie: I foresee this man being the proverbial bad guy of the series and I can't wait to see Tian Xing put him in his place--It pays to be CEO; I just hope it's particularly humiliating!

Well folks, how did you like the first episode? Right off the bat we both love our leading couple. Tian Xing and Le Si are each adorable in their own right, but dear LORD are they adorable together!
Aaron Yan is the Taiwanese Aegyo King! I could probably write an entire blog on his facial features alone.
Agreed, his facial expressions are great and conveys how Tian Xing is really feeling extremely well.

Well both Aunnie and myself are looking forward to more episodes and watching how all the misunderstandings, that are sure to come, end up panning out. Let us know in the comments about any theories or any dislikes you may have ^-^ We love to talk to our fellow K/Tdrama addics ^-^