By Unknown - January 06, 2014
I found this little challenge while randomly searching the interwebs, and thought that it would be an interesting thing to try.

The rules are simple, pick 5 kpop groups (in no particular order) then answer the following questions.

I recommend you grab a pen/pencil and a few sheets of paper if you want to answer on your own.

Here are my results. 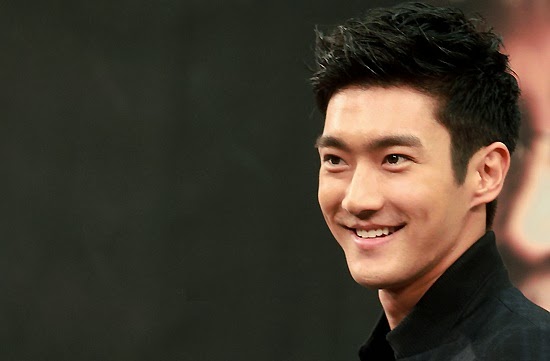 Siwon will always hold a special place in my heart, not only was he the first K-idol that really caught my eye (and consequentially led to my life changing forever), this man is practically perfect in every way.

Well, it's no secret with-in the Kscene community that Choi Siwon is first and foremost an active man of God, which is the ultimate brownie point winner for first place on my bias list for life. He's also ridiculiously kind and generous to those around him (thats not to say he doesnt have bad days . . . cuz im sure he does)

I could probably go on for quite a while, but I'll spare you the extended fan girl rant 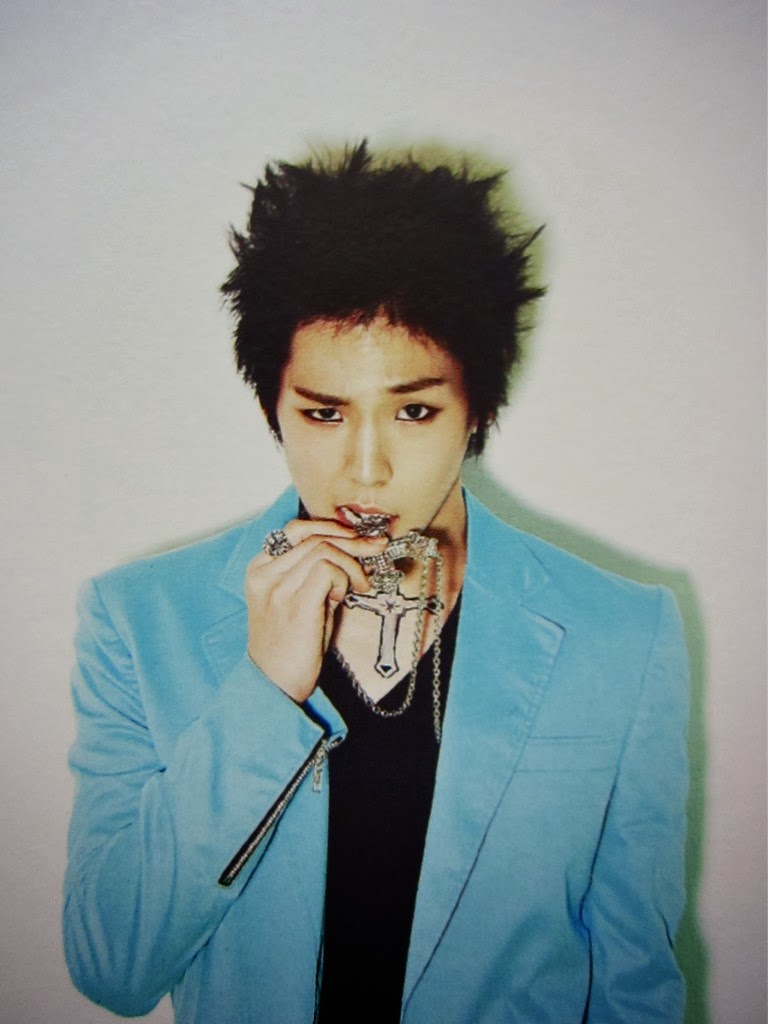 Ok
. . .
I've been following B.A.P since their debut, so watching them grow as artists,
is--well it holds a special place in my heart as well . . . . that being said, Himchan is my least fav because he just doesn't generate enough of an impact to me as a whole.

its such a happy song . . . and the video just puts a smile on your face

but my absolute favorite song by a SHINee member ever, would have to go to
"Nessun Dorma (공주는 잠 못 이루고) [Live]"
this is the song that made me fall in love with Onew's voice
. . .
I mean, his voice was my favorite of the groups before,
but this song really shows his range so it kinda just solidified him as 1st for me

4. Favorite bromance from group #1?
I feel Bang Yongguk and Zelo aka "Banglo" has the best bromance in the group. 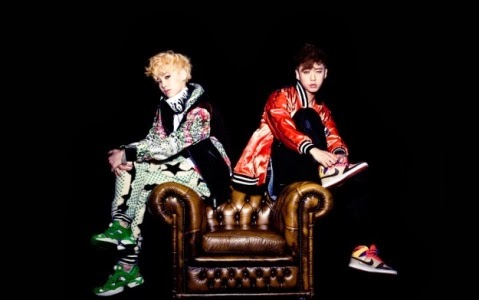 5. Least fav bromance from group #2?
I actually only like a select few bromances from SuJu, but for the sake of answering I'll put down Kangteuk

more likely than not, many ppl skip over this MV
. . .
that would probably be because its a Japanese release
. . .
And that's really too bad, its an awesome song that showcases the groups ability to harmonize and blend their individual skill flawlessly (plus it makes me tear up every time, regardless of the fact that I still can't understand them)

Like most i-fans, I discover 80-90% of new groups via Youtube
. . .
I was cruising from MV to MV based off their recommendations and came across
"On and On". It's been downhill from there

10. What is the most played song from group #2 in your iTunes?

While I want to say its Super Junior, then B.A.P and finally uBeat . . . . I just can't. SuJu is first for many things, but unless they start producing some epic tracks soon it will probably stay as such
B.A.P, Super Junior, uBeat

hands down B.A.P, VIXX has their own TV show airing online at the moment called vixxTV but I have yet to sit down and really watch any of the episodes (even though I've been meaning too)

Taemin, I would LOVE to be able to dance like him

Hands down, Leo . . . don't get me wrong, I love every member of VIXX but Leo . . . . . Leo needs to step it up and get more comfortable in front of the camera during interviews. It's really too bad, because he has such a strong presence when he gets up on stage.


Actually, I think it would.
Both have very similar styles, and uBeat is made up from two of U-Kiss' rappers, so it would be easy to create a song that they could guest in.


EVIL choices!! T^T *sigh* it would be my luck to have to choose between these two powerhouse groups. But, since I need to pick one, I'll go with SHINee. Not because I love them more than Super Junior, but because SuJu currently has members missing due to their mandatory enlistment. And I would rather see a group (any group) preform as a whole rather than with members missing.

Well that's it!! How did you fair? post a link to your blog if you decide to put your answers up for the world to see ^-^
A-yo! B.A.P Bang Yongguk challenge Eli Himchan Kpop meme Onew SHINee Siwon Super Junior uBeat VIXX youtube Zelo