Lets all welcome to the Hallyu-verse

I literally just found out about this group about an hour ago. They are first male group from Crayon Pop's company Chrome Entertainment . . . you know, those crazy helmet girls lol well, let me first say, I was extremely skeptical at first. They just released their first MV Jan 6, 2014. Their introduction in the MV is long, silent except for subtitles I cannot read, and is actually quite hysterical. Chrome Entertainment  states that Unlike Crayon Pop, they will not be a comedic group. Their name represents the snakehead fish, which is well-known as a health food in Korea, and stands for longevity. They will go by 가물치 or (Gamulchi) in Korea, and K-MUCH internationally (K-Much sounds similar to the Korean pronunciation) now, quick! all of you go onto the typical new rookie group mode "rapid must learn about the group in as short amount of time as possible" 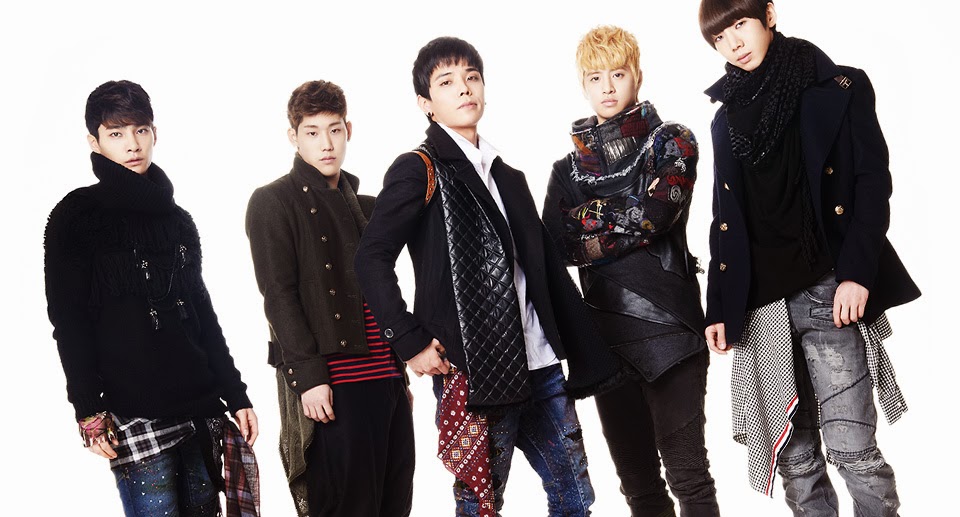 I've had this almost on a constant loop, the background music in the chorus does sound exactly like their lablemates Crayon Pop's Bar Bar Bar, but I'm fairly certain that was intentional (and a smart marketing move since it is Chrome Entertainment's first boy group) and while I thought that may make this song have the same annoying effect on me, I was pleasantly surprised when the opposite happened ^-^ It made the song just that much more entertaining  . . . I know its them 'honoring' their sunbae's making them effectively Crayon Pop's male counterparts and this fact endears them to me because not everyone can pull that off. I realize this will not be everyone's cup of tea, but please at least give them a shot (they are rookies after all)

Now all I have to do is wait for their mini album, which contains 3 tracks; "I'm Sorry", "나 어떡해 (What Do I Do)", and their title track "뭣 모르고 (Good To Go)" hopefully will be up on iTunes by the time I've posted this since it was supposed to go on sale Jan 7, 2014, if its not up yet I will be greatly saddened . . . [Edit ㅠ.ㅠ it wasn't so i'm posting a playlist of their mini album tracks]

Anyway, let me know how you guys feel about this rookie group, and feel free to send my way any more rookies that have caught your interest.
Album Review Ato Bornus Chrome Entertainment G.Low K-MUCH Kiu Loki Rookies 가물치