Since one of my resolutions this year was to be more active on my blog I'm gonna put forth more effort to update on a regular basis.

I just finished marathoning through my latest find (as us avid drama watchers tend to do) and I was by no means disappointed. Easy Fortune Happy Life, is actually a Tdrama from 2009 staring Joe (Qiao En) Chen and Lan Cheng Long [links to their profiles on DramaFever]


First things first . . . . . .
Tdramas have the best introductions from the awkward facial expressions to the corny special effects, Tdrama introductions just seem to have more fun than the typical Kdrama intro.


The story revolves around Xie Fu An (a skilled herbalist from the mountain side whose not afraid to say what needs to be said) and the complicated relationship she has with Da Feng (the grandson and potential heir to the largest pharmaceutical company in Taiwan).  Da Feng trusts no one, not even his own family, while Fu An would do anything for her brother Pi Dan and their dog Anthony. Could this relationship, one that starts purely out of greed, turn into something to be cherished?

The series starts off with cuts between a car accident and Fu An rushing down the mountain on her bike. Both parties are headed to the hospital where we learn that the victim is actually the CEO of Ba Bao Tang, Yan Yun Gao. Enter the rest of the family. Each and everyone of them have no desire to see their father/grandfather survive his current ordeal. Reason being that each of them want the NT$80 Billion inheritance to go to them (well all of them except for the youngest grandson Yang Yang). While the family fights over what to do with their dying family member, Fu An (who's been at the same hospital visiting a client) slips into the hospital room and gives grandpa Yan an herb that does wonders to his health and stabilizes it


Flash forward a few days. Grandpa Yan, after having his past flash before his eyes while hospitalized, realizes that the girl who saved him while at the hospital is actually the descendant of the same woman who saved him years ago in the forest. In an effort to "make up for all his wrong doings" he tells his lawyer to find Fu An so he can take her and her family in and care for her for the remainder of his life. He claims that at his 80th birthday party he'll only pass Ba Bao Tang to someone who treats him sincerely. Hearing this news, each family member (aside from Yang Yang of course) tries to figure out what they can get grandpa Yan as a gift, Da Feng with help from his girlfriend Zhen Zhen decide to search the black market for wild antrodia cinnamonea. 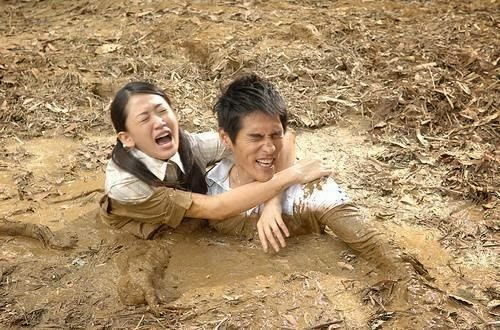 While in the process of trying to find a wild antrodia cinnamonea for his grandfather, Da Feng gets stuck in a swampy sinkhole with Fu An. Who he hired as a guide, but she was only pretending to lead him. While leading him she came up with a plan, in an effort to teach him a lesson for trying to take protected wild antrodia cinnamonea, let him get stuck in the mud . . . (said lesson obviously failed seeing as she also got stuck) Much time has passed before they are finally able to leave the sinkhole. But they leave one trouble, only to find out Fu An's house is on fire. Obviously there is nothing that can be done to save the house, but after realizing Pi Dan has been safely taken to the hospital [we see a lot of this hospital within the first 2 episodes] Fu An notices that her Grandma (you know, the one who saved 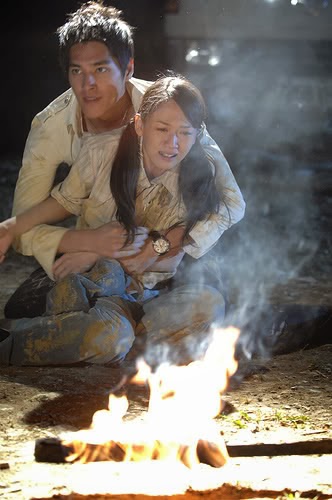 Grandpa Yan all those years ago) is missing from the surrounding spectators and so she goes ballistic on everyone near her . . . mainly Da Feng, who is holding her back so she doesn't rush into the fire.

After we dry our tears (yes I actually cried, thats actually hard to make me do when im watching a drama) We follow Fu An as she takes her family to the big city in search of Grandpa Yan. There she meets Dong Jie, a "debt collector". She end up helping him out of a tight situation, and due to his company's policy he needs to repay his debt to her or else he needs to kill himself (extreme much?). So Dong Jie essentially becomes her guardian angel, helping out whenever he can. This of course leads us to reach the unfortunate conclusion that we've met our 2nd lead for the much hated 2nd lead syndrome.  Meanwhile Grandpa Yan has announced to the family that whoever can find and marry Fu An will inherit his fortune.

Commence with the evil plots and plans ψ(｀∇´)ψ We watch Fu An as she overcomes the many ordeals that she had to go through, each one making us feel for her that much more. This girl is seriously one tough cookie . . . throughout the entire series, no matter how difficult things got for her, she was able to hang on until the end.

I hate telling how things end, just ask Aunnie, so I'll just end it with this . . . you get a happy ending, actually this is probably why I enjoy Tdramas as much as I do, you actually get happy endings for all parties. And I mean everyone . . . all side the characters get happy endings.