By Unknown - May 21, 2013
I've been looking almost everyday to see if LC9 had released their mini album here state side, so this was a much welcomed surprise. Here is my review of their first EP. 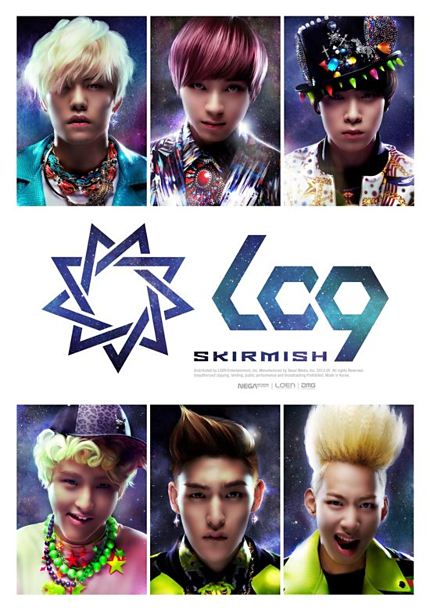 The Songs:
전초전 (SKIRMISH) - The beats in this songs background track are very hard to not nod along with, but as much as I like it ... it gets to be a bit too repetitive towards the end of the song for my taste. But I can look past that, cuz the song is very catchy

MaMa Beat - The best example of this groups signature "Glitch Hop" style. The song is extremely catchy, and most defiantly a hard song to turn away from once you start listening to it :D

Hold On - OMG a song thats COMPLETELY IN ENGLISH!!! from a K-pop group ( I know both WG and GG have done so in the past, but as far as I know, no BOY group has tackled this feat as of yet) ..... that being said ...... this is definitely the ballad song for the album; its a little hard to hear the lyrics at first, but not a verse feels out of place, and the chorus is quite impactful.

Ready Set Go - the background track feels like it has sort of a 'tripy dreamy' feel to it, But that in no way takes away from the remainder of song. LC9 once again seamlessly flows between their rap sequences and the actually singing sections

The last 4 tracks are  Instrumentals and are just as you would expect them to be.

Over all quite happy I decided to wait it out and purchase this particular mini album.......money well spent ^-^