SHINee - Why so serious? 'Misconceptions of me' Album [Review]

Sorry . . . I couldn't pass that up. Well like I said, SHINee is indeed back and here are my thoughts and comments about the second chapter from their third full-length album. 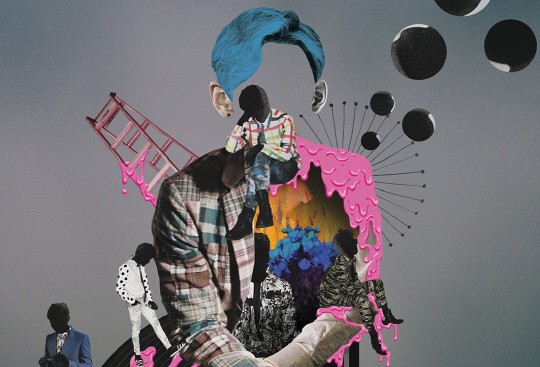 Overall the album has subtle dark electro-type undertones to each song, but they are not to the point that its overpowering the songs as a whole.


With this album SHINee is proving once again that they know what they are doing, and that they can deliver above and beyond what we as fans expect from them. ^-^ Well worth the buy


'Nightmare': With its deep base and a vocals that have a twinge of darkness to them, it's a very captivating song to listen to.


'Why So Serious?': Great guitar rifts and a wicked english tagline, makes this THE song to sing along with in the entire album


'SHINe (Madusa I)': Has a balad feel to it at times but there is an intense force behind this song that cant be missed.


'Orgel': A typical slow song in an album, but even if you dont prefer the slow songs (like myself) its hard to switch away from this song.


'Dangerous (Madusa II)': Honestly, I found nothing particularly special about this song. It tends to gets repitative at times, with the "3,2,1" countdown and the repeat "Dangerous" but if you can look past that, its a fun song to just listen to


'Like A Fire': another inbetween song (not quite a balad, but not a dance song) pretty straight forward, ^-^ awesome in its own right


'Excuse Me Miss': This song totally has a hipster type feel to it, I cant really explain it better than that. But one thing is certian, Minho's rapping complements Onew & Jonghyun's singing wonderfully


'Evil': This song continues with the dark deep base trend the previous songs had, but it definatly has a faster beat than songs past (excluding the heartbeat sections of course)


'Sleepless Night': *Insert King of the Balad award here* While the others definately had a balad feel to them...this one takes the cake for top balad of the album. All their singing is flawless, but this is for sure Jonghyun & Onew's song to shine in (accompianied by Minho's subtle yet flawless rapping transitions). Overall a practically perfect song in everyway


Honestly, this is one of SHINee's best albums so far. I am extremely pleased I decided to purchase the album.